Some of the factors influencing your electric prices are: Power Plant Costs: The costs of building, maintaining, and operating the power generation plants get passed onto the consumers. In the case of a plant shut down, there will be undue pressure on other facilities, which may also increase the power demand. Transmission and Distribution: The local utility companies are responsible for the transmission and delivery of electric current to your doorstep. AEP Texas Central, a subsidiary of American Electric Power, supplies power to all of Corpus Christi, irrespective of your energy provider. It handles the wires, poles, and other electric infrastructure. Fuel Costs: Depending on the kind of fuel used to generate electricity, if it is imported, and whether it is in shortage or abundance, your electric rates may vary. For instance, if you get the supply from power sourced from solar, the prices may be higher in the rainy and winter seasons. Seasonal Demand: In summer, the usage of air conditioning is more, and in winter, it is your heating needs. These situations cause a peak demand for electricity, which raises the rates. The same can be said for weather conditions like floods or drought. Peak Hours: Time of use also influences the rates as several people using large amounts of energy at the same time may put a load on the grid. Peak demand hours are late afternoons and early evenings.

Some U.S. states, including Texas, operate in the deregulated energy markets. Deregulation is merely splitting the control and operation of the electricity generation and distribution processes. Before the Texas deregulation laws became effective in 2002, local utility companies in all service territories had a monopoly over the electricity market. But now, electric consumers can choose a company from which they can purchase power. Over 85% of Texas falls under the deregulated market, while the remaining are served by private companies, municipalities, or co-ops. Residents of Corpus Christi are fortunate to have the power to choose their electric supplier. Here are some crucial terms that can help you understand deregulation better: The Public Utilities Commission or PUCT: Government organization that used to determine the electricity rates. The Electric Reliability Council of Texas or ERCOT: A non-profit council and the main electric grid in Texas covering over 90% of the state’s load requirements. Transmission and Distribution Utility or TDU: Energy company that purchases electricity from power generation plants and delivers to customers through electric providers. Retail Electric Provider or REP: REP is a company that supplies you the power bought from TDUs at competitive prices. REPs get their energy from the same TDU, but they can package it differently to fit various consumers.

Non-renewable sources of power generation pollute the air, land, and water by releasing harmful emissions. They are harmful to the planet as well as also finite and can cause drastic price fluctuations. Over 64% of the nation’s Sulfur Dioxide emissions come from the electricity sector. Such high levels of air pollutants are the main culprits of acid rains, while other gaseous emissions like CO2 can cause a rise in global temperatures, and NOx (nitrogen oxides) create ground-level ozone. All of these can contribute to lower resistance power, respiratory illnesses, and cardiovascular diseases. In contrast, renewables are available naturally on the earth, in every region, in varying amounts. They also do not deplete with time; so, you can conserve the country’s natural resources. They provide energy security, price stability, and encourage economic development. Most importantly, renewables reduce the risks of global warming and climate change. Green energy options provide diversification through wind, solar, biomass, thermal, and hydropower. The Texas grid is self-contained within the state, making it reliant on its resources. It also generates an abundance of wind and solar power, which are on the way to beat coal-generated energy. You can see many wind farms cropping up every day in Corpus Christi, too. Several electric providers offer green energy plans sourced from local renewable plants. Check the renewable content on the EFL and choose the plan that suits you.

When choosing a postpaid plan, you may be looking at the cost per kilowatt-hour (kWh), which varies with each supplier. Prior to 2002, Texas customers had no choice but to contend with the electric company’s prices, but not anymore. You can compare and choose energy rates per your living situation, from among these postpaid electricity plan types:

The length of your agreement may range from 6-12 months, called short-term plans. Long-term contract electricity plans may extend from 24 to 36 months and up to 5 years from certain providers. You may need to have a good credit history and pay an initial deposit to get an electricity connection.

As the name suggests, you don’t enter an agreement with your energy supplier. Most suppliers also do not require a security deposit, identification, or credit score. So, these plans are also called no-deposit and no-contract plans.

Before the expiry of your contract plan, you may not cancel the service without incurring a penalty. The exception is when you are moving to a place that is outside the provider’s service area. You can cancel a no-contract plan at any time without penalty. Contract plans are usually fixed-rate, meaning the electric price remains stable until the end. No-contract plans can be fixed or variable-rates, which change every month.

Prepaid electricity plans are those that offer the maximum flexibility in energy usage. These plans use prepayment meters to allow customers to monitor their electricity consumption in real-time. So, by staying within your limit, you can avoid shocking energy bills. You pay the electric bill in advance for the amount of power you estimate to spend. These funds remain in your account and reduce as you consume energy. You can keep replenishing this credit anytime from anywhere, and hence, they are also known as pay as you go plans. Most providers offer digital payments; so, there is no need to visit an agent. Benefits of prepaid energy plans: • No hard credit check – everyone is eligible for service • No security deposit or need to produce your social security number • No early termination fee or penalty for having a low balance • No reconnect fee and no waiting time as the reconnection is automatic • No hassle and no long-term commitment There are also plenty of time-of-use plans available like free nights electricity plans and free weekends electricity plans. You can save energy and money by running heavy appliances like washing machines or dishwashers during free power times. Prepaid plans can be fixed-rate or variable-rate plans. They are apt for people with flexible living arrangements, students, landlords, etc. If you want more stability, look for contract plans with fixed-rates.

Rates displayed are for AEP Texas Central TDSP displayed at 1000 kWh, rates were updated on 2/7/2023 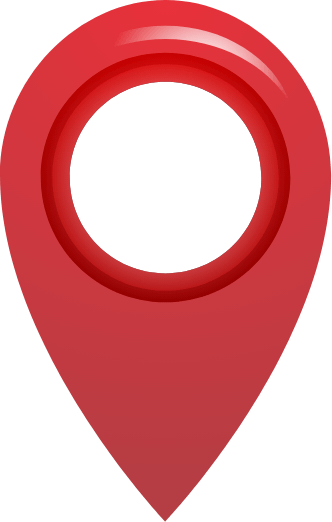